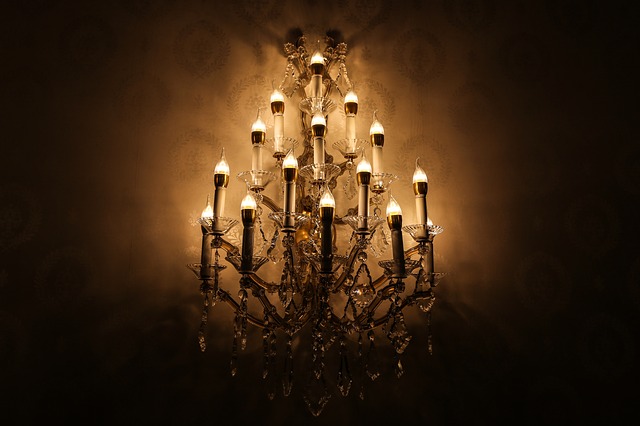 “Those who find beautiful meanings in beautiful things are the cultivated. For these there is hope.” ― Oscar Wilde, The Picture of Dorian Gray

What can I say about this classic? Where do I begin? My thoughts ran rampant, as I didn’t know what to feel, or what I felt as I turned each page. As I read the first few pages, a pleasantness enveloped me. I could almost smell the flowers, and the beautiful fragrant perfumes that were described. I felt like I was wearing clothes made with the finest silk. Beauty was all around me; beauty that radiated from the protagonist, Dorian, whose youthful good looks are almost too good to be true.

The novel begins with the painter, Basil, revealing his masterpiece — a painting of the extremely handsome and young Dorian, who is admired by everyone, men and women alike. He is the epitome of beauty and youth. He represents all that is aesthetically pleasing to the eye. The painter, Basil, discusses the subject of the painting with his friend, Lord Henry, who is another aristocratic but rather opinionated, mischievous, and charismatic man, who never has to worry about money, and lives in his own world; a world where all types of pleasures are acceptable, where abundance and wealth are what makes life worth living, and where promiscuity is applauded — what gives life its piquancy.

Henry meets Dorian, and from here, Lord Henry’s influence: his smooth-talking and his corrupt ways, his values and his observations and ideas about life, begin to also become the young Dorian’s ideas and values. Harry fills Dorian’s head with damaging and selfish notions about beauty and what gives life meaning. Dorian’s purity of mind and soul is immediately negatively affected, and he begins to slowly become somewhat unhinged. Panic-stricken, he blurts out that he would give his soul for beauty, fearful that his good looks will vanish. Henry’s influence casts a shadow on this pure soul. Henry’s views about the importance of beauty and the idea that once it’s gone, one can never recover and be what they once were, leaves Dorian in a state of utter despair.

The novel then completely changes its direction. We see things from differing points of view. At times the reader wonders who the narrator is, but soon enough, Dorian’s point of view takes over. This surprised me to some extent as a reader, and as a writer. It is amazing how the writer did what he thought would work; and we can see through Oscar Wilde’s writing techniques, that he was not a man that could easily be influenced or told what to do. He is bold in his writing and he took chances and they definitely worked. For example, at one point, Wilde suddenly becomes the narrator.

The novel had many twists that took me completely by surprise and made me pause to think about life and how easily someone can be influenced and have someone else’s fears and beliefs projected onto them. It also made me think about beauty and how many who are blessed with it can also be cursed by it, as they become too used to being adored and admired for their external features, even if they have so much more to offer, that they can lose perspective and desperately cling to it at the expense of their health and happiness.

The character, Lord Henry, learns to deal with anything ugly in life by avoiding it or pretending it doesn’t exist. He teaches these things to the impressionable Dorian, and ironically, the ugliness that Dorian avoids in the outside world takes over him on the inside; in his soul. This too emphasises the danger of ignoring reality and detaching one’s self from one’s actions, and instead rationalising these actions and finding ways to deny them and avoid any ramifications. This of course, cannot be sustained, as the truth has a way of coming back to haunt us.

As the story progressed, I began to feel uneasy and disturbed by what was happening, but I also felt intrigued and enthralled by the plot, and the beautiful, insightful and extremely clever writing, but also by Oscar Wilde’s extraordinary ability to reveal such complex characteristics from the many characters through dialogue. He articulates these dark and dangerous personalities so brilliantly.

Another thing that also took me by surprise is that at one point, the novel suddenly takes a shift or momentarily pauses and becomes about what Dorian reads and learns. Pages were devoted to this; intricate details were given explaining his studies on perfumes, on tapestries, on any subject he read about. Now I know in this modern publishing world, that would be taken out entirely, due to it taking away from the story, and perhaps it did, especially when I didn’t know what many of the details described were; things that would have obviously been fashionable and known at the time. However, I am one of those readers that doesn’t mind pausing for a moment, and learning something new. In fact, I think it’s refreshing, as I read to learn as well as to follow an intriguing plot. I felt that the excessive details could even reflect Dorian’s need for opulence, extravagance, and his thirst for something more; to reach some unattainable pinnacle. It almost reveals his unquenchable thirst for magnificence, which was a huge part of the Decadent Artistic Movement at the time which focused on sensual pleasures and aesthetics like art, fashion and design. The details may be rather extensive in these pages, perhaps, just as extensive as the plush, exuberant lives of the main characters are in the novel. Perhaps the author wanted the reader to take a look at this new movement which focuses on art and decadent material and creative things.

This Artistic Movement had already taken over many parts of France but England had yet to wholeheartedly embrace this new, excessive and bold era, and many feared that it would lead to an abandonment of morals and humble values. I read that this is partly why the novel posed such a threat in England as these notions were quite new at the time, in the conservative Victorian era. It also explains the controversy surrounding it, as it deals with new ideas of exploring forbidden pleasures, its implicit mention of same-sex relations, and its focus on abundance, and the idea that beauty in aesthetics can give meaning to life. These ideas were feared by many at the time.

In the beginning of the novel, I could almost smell the beauty described, but towards the end I could smell and taste the ugliness that comes with deceit, violence, and the demoralisation and decaying of the mind and soul. It left me with a bittersweet taste in my mouth, but also a richness of wisdom and insight in my mind and in my heart. It’s a novel that I’m glad that I read, and one that will always stay with me, as many insights are sure to enter my mind at some point and invite introspection.

This novel is rich in originality, and is insightful and eery, and “beautifully ugly” at the same time. I was so fascinated and repulsed all at once, and yet it is fast becoming one of my favourite reads.