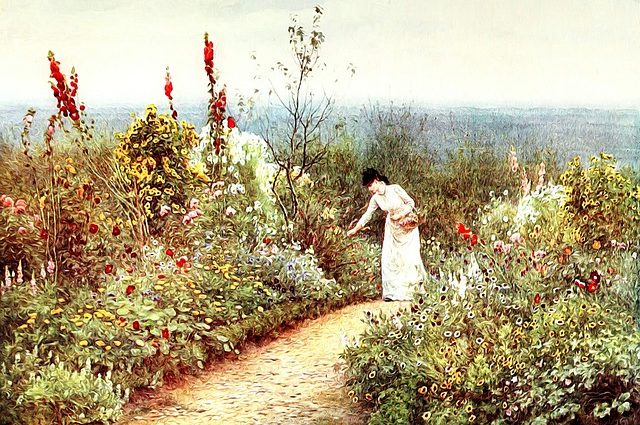 “She had always thought of love as something confused and furtive, and he made it as bright and open as the summer air.” ― Edith Wharton, Summer

This read was rather short compared to other books I’ve read by Edith Wharton. It’s also extremely different to other books the author has written which centre around the elite in New York during the Gilded Age. In contrast, Summer is set in New England, and it deals with poverty and a woman’s limitations in such a depressing, isolating setting. We quickly see the similarities with some of her other books, such as the expectations and suffocating limits that many women were faced with at such times. Although in this poor, eery, and bleak setting, women were faced with poverty, as well as the glare of society and the unforgiving, merciless shadow that it cast on its people — ensuring that women adhere to the rules.

I quickly also drew similarities to Charlotte Bronte’s classic Jane Eyre when reading this book. It had the same eery, mysterious feeling, and an almost hopeless feeling lingering in the musty air — it was as though dreams were so unattainable and that many only saw the darkness around them and refused, or were afraid to see the light. In Summer, the protagonist is Charity Royall. Charity immediately seemed like a rude, unlikable, young teenage girl who didn’t appreciate her environment, perhaps because she always knew she was different to people around her — that she belonged to the people of the Mountain — a mysterious place near North Dormer, where she lives. Mr Royall, an intelligent lawyer, had raised Charity with his wife, hence they saved her from a miserable life of poverty, isolation and despair amongst the Mountain folk.

The reader would assume that Charity would thus be content with her circumstances, but Mr Royall becomes completely isolated from the town they live in when his wife dies. He raises Charity on his own, and he slips into his own isolation — this is also due to the fact that he always felt that he was above many in the town. They are not as educated and he cannot relate to anyone. Thus, ironically, Charity does feel miserable and poor in spirit, even if she has abundant food to eat. I sensed that she detested this dependence she had on Mr Royall; that she had to be indebted to him forever, and she wanted to remain free — this could not be more felt at a time when her sexuality is awakened, by a young architect who is from New York. This young man, Lucius Harney, spends time in North Dormer, and carries out research on some of the dated older houses. He meets Charity at the library where she works. It is here where the rift between Charity and Mr Royall intensifies.

The reader sees Charity in action through the dialogue when she first meets Harney. She is defensive and abrupt, while he speaks gently and eloquently. There is chemistry from the onset, and I felt that Harney could see the spirit and energy in Charity’s soul, even though she was listless, and a defeatist — she had given up on maintaining the books in the library and had no interest in improving the library — her work environment. Harney ignites a flame within Charity — one that was perhaps always waiting to be lit. There is a slight “cinderella complex syndrome” here I felt as I read. Although Charity had a rebellious, defiant nature, I felt that she didn’t try to improve her circumstances on her own. However, Charity does not like to be told what to do, and we see her fiery outbursts many times.

As unlikable as she seems to be, I felt for her, and I felt how oppressed, repulsed, and confused she felt in her surroundings. The feeling that “the grass is always greener” elsewhere always lingered in her mind, yet we see her being drawn to the Mountain — and she suddenly becomes almost like a martyr — wanting to sabotage her happiness, and punish herself as though to prove a point, not unlike Jane in Jane Eyre. Charity acts without thinking — fleeing instead of brainstorming a plan. However, in real life people may also act hastily, and desperate times do call for desperate measures. It is hard to judge how anyone would act in such depressing circumstances where any little hope one may have is easily crushed when there is no inner belief that things can change, or any self-confidence that they can dig themselves out of their despair without succumbing to the demands of others.

The writing was very detailed and rich with beautiful prose and descriptions about nature. I can’t expect anything less from Edith Wharton. Although, the names of the flowers and plants left me thinking that I need to be a horticulturist to know what they are and what variety they belong to. It may have been too much at times.

Overall, I thoroughly enjoyed reading this book. Although it didn’t have the same intellectual, witty dialogue that Wharton’s other books had, the cleverness revealed itself in a more implicit way, and it did keep me glued to my seat. I wanted to know what would happen next, and could not wait until I did. I was left wanting more as it is a shorter read, and as usual, the author leaves the reader with so many questions. It also left me feeling repulsed as there were a few taboo issues, but I had to remind myself that back in the day in New England, these issues may have been the norm. I also find it hard to believe that Charity was that naive because she had seen things happen to many in her town and yet did not think it would happen to her? I had to remind myself that love is blind. She is very wise — street-smart as opposed to book-smart, yet she still is young and it does then make certain situations plausible due to her not having seen much outside of North Dormer, and also due to her lack of experience. She may also have not wanted to see any signs as it would be too painful, real, and final. The complexity of the character began to make sense as I began to see that many things she hadn’t experienced before confused her, and presented new conflicts, both in the outside world and inside her own world — her inner being.

The positives outweighed any negatives for me. I was totally immersed in this book that I felt like I just woke up from a dream when I finished reading the last sentence. In fact I was frustrated because I was woken up too quickly and I didn’t get to see what happens next in the dream. Then I realised that the dream may have been over and the book did end even if it didn’t turn out as I expected, and the story continues to grow in my mind and heart just as the author probably intended. Just because we think we wake up before a dream is over does not mean it isn’t actually over — the dream may have revealed what it wanted us to know from our subconscious mind, just like Edith Wharton revealed what she wanted the reader to know. I was left feeling completely baffled and stupefied by this book, yet at the same time I was also left feeling content and enchanted by it. A very unique and intriguing read!