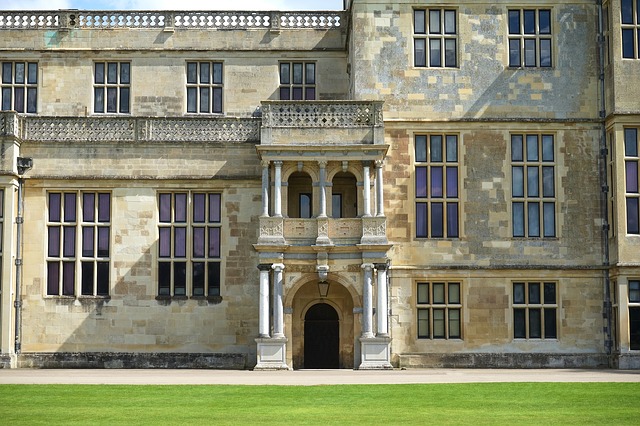 “It is in vain to say human beings ought to be satisfied with tranquility: they must have action; and they will make it if they cannot find it.” ― Charlotte Brontë, Jane Eyre

Jane Eyre is a magnificent classic, and one of those novels that is not easily forgotten. There is no doubt that many situations in the novel reflect the author’s life: her occupation as a governess, spending some of her school years at boarding school with her sisters, who were struck by illness because of the ghastly conditions at the school, and even the aggressive attack Jane endures in the beginning by her cousin, John Reed. Apparently this attack has similarities to a real life incident that had occurred in the author’s life. However, Charlotte Bronte weaves these real-life experiences masterfully, to create an endearing, eery, romantic, and thought-provoking read. And of course, like in many of these novels, there are brooding, assertive, leading men in it as well.

I was especially drawn to the main character, Jane, and I developed a warmth in my heart as she revealed her inner feelings, and reflections about her surroundings, nature, the dispositions of many of her acquaintances, and life in general. I developed a deep connection with her, and at times, had to remind myself that this was written so far back, in the Victorian era. Even so, many of her thoughts triggered some type of connection with the character, and an understanding. I felt that had I known the character, Jane, in person, I would have been good friends with her.

I also found many of the writing techniques that the author uses in her writing to be very effective, and endearing, such as when she has the protagonist, Jane, speak directly to the reader and refers to the reader as ‘reader’. I was caught off guard often; it was like a pleasant surprise, and I felt even closer to her because of it.

One of the things that I found odd as a reader was Mr Rochester’s insensitivity to some of the other characters, namely the child he took into his care, Adele, and of course, Jane, who was her governess. He seemed to be too self-indulgent in his own plight, and although he did his best to ensure that his dependants at Thornfield Hall, were looked after, danger was lurking around them, and he didn’t even warn them about this; that they could be faced with impending and grave danger if they did not take precautionary measures. The only reason tragedy was avoided in most cases, was because Jane had to find things out on her own, and then she took it upon herself to avoid disaster. I found this very selfish and odd; to know of danger and not forewarn any of the people he claimed to care about. Of course, an air of mystery, and ethereal elements were purposefully included to create suspense, so in light of that, I can see why there would be no warning to Jane about her living conditions, as this would not create the suspense and eeriness the author intended to create. It does weaken his character though.

Another issue is that, at times, more foreshadowing could have been used, as events seemed to occur randomly, and the explanations were not as strong.

Religion also plays a great role in this novel. I think with many novels that are based on a particular era, this can’t be avoided completely, as we cannot pretend that it wasn’t a great part of society, and that many in the day were largely influenced by religion. This is reflective of the time, the Victorian era, in this example, and it seems that the church was connected with the governance of the country. In fact, many churches were built at the time and there was a resurgence of religious beliefs, which would have impacted every day life significantly.

Some may feel that it preaches to the reader, however, I personally found that although religion is mentioned throughout, it also demonstrates how religion can be exploited by some and used to serve their own purposes, or to hide their own insecurities and fears, and project those fears onto others. We see at the boarding school, Lowood Institution, where young Jane is a student, that the director of the school, and some of the teachers, used the fear of God as a way to discipline, and inflicted pain on many students. It seems that for so many of these teachers, it was too difficult to be creative and find a different way to discipline their pupils. In contrast, some of the teachers chose to use religion in a positive way. Those teachers focused on how the students can ameliorate their skills and learn to be kind, generous, and studious, by using religion as a way to motivate them, to improve themselves and to find meaning and purpose; not as a way of causing shame and self-loathing, and thus, repression, submissiveness, and conformity.

Similarly, we also see how Jane challenges religion when it is used in a negative light, and looks for answers from religion in a wise and intelligent way — not naively, or without using her own mind as well. Jane Eyre is a quiet rebel despite being religious; one who did not conform to the expectations of society. She did have a mind of her own and despite her religious teachings at the school, I think she relied on her instinct a great deal.

Another thing that struck me by reading this novel was that superficial beauty was very important to people. It seems that it was even more disadvantageous to not be bestowed with natural beauty in that era than it is now (if that’s possible) and many would just point out the imperfections of those that were considered to be “less handsome” than their counterparts, as though it was perfectly fine to do so. Of course, what constitutes beauty differed throughout the times.

The author’s use of language is also very clever, rich, poetic and beautiful, and demonstrates a great ability to use language to invite deep thinking about human nature. We see how much the author understood the workings of different types of people through the exchanges Jane has with Mr Rochester, as well as with St John, and other characters; revealing how deeply she understood the human character. Her use of dialogue is very effective in showing many complex layers within the characters. It’s obvious the author had great respect for the English language and was able to use it intelligently and eloquently.

We also get a glimpse of the horrid conditions many orphaned children were faced with. It is heartbreaking to contemplate what they went through, and many go through now. Similarly, the injustice for women, and their lack of inheritance is highlighted.

Of course, in today’s world, the novel may even be labelled as “over-written”, and “too descriptive”. However, in the setting and time that it was written, life was a lot slower, and people had time to play with words and reflect on nature; to find ways to express themselves with words in everyday conversations, and to delve deeper and find meaning. I personally welcome this as it is refreshing to have characters use language in a way that does it justice. Her sentences and reflections may be lengthy but they are in no way wasteful or loquacious. They always set a mood, a scene, encourage reflection, and give light to many underlying characteristics.

The beginning of the novel which is all about Jane’s childhood and what she went through helps the reader understand why she feels the way she does, and it gives us a deeper understanding of how society worked.

And of course, the novel also offers plenty of romance although it is slightly subdued, implicit, and unpredictable. I for one love the feeling of not knowing if the brooding handsome, or not so handsome man, will seek solace and love from a protagonist who isn’t as handsome as some of his other female acquaintances; that the leading woman is above all that in his eyes, and that he might see the beauty reflected from within; in her soul, and from her insightful mind. We have seen time and time again, that these ingredients can definitely be a winning formula.

This is the first time I read this novel, and had only read work from the author’s sister, Emily Bronte. Overall, the novel was beautifully written, and I thoroughly enjoyed reading it. I’m glad to have met Jane Eyre, and to be introduced to Charlotte Bronte’s writing and to her insightful mind.