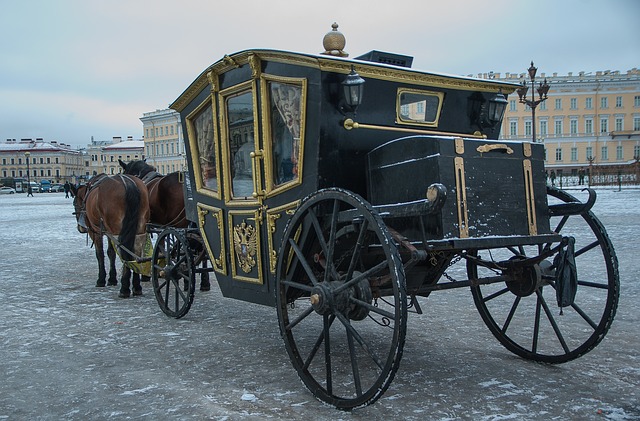 “Love. The reason I dislike that word is that it means too much for me, far more than you can understand.” ― Leo Tolstoy, Anna Karenina

Anna Karenina is an extravagant and affecting page turner that completely challenged my thoughts and emotions to such an extent, I needed to recuperate and take a moment, or even reach for a shot of vodka — I settled for a few glasses of wine instead. I won’t go into the plot as many already have read it and have written about it, but I will share my thoughts.

Anna Karenina is portrayed as being a beautiful and enigmatic woman who was so desperate to escape her marital confinement — her cul-de-sac existence; to emancipate herself from conventions that were oppressive, yet her quest to escape seem rather futile at times because there are too many obstacles. This confinement she tries to escape from results in an unhealthy affair; a stuffy and tumultuous love that seems to draw parallels with the differing moral, political and economic views emerging in society in Russia at that particular time. Ironically, this affair becomes as suffocatingly painful as her marriage was, even if she finds the passion and love she needs.

The restraints that disallowed women from living for their desires and to be free of societal expectations were only some of the strings that kept them tied to a man’s world, where rules suited males only and liberated them to indulge in extra-marital affairs, yet if women did the same, they were ostracised and shamed, and would not be able to raise their children if they divorced. These rules tied them to a life that meant that if they married the wrong man — they had no way of correcting their wrongs — especially if children were involved. Anna symbolises this woman in 19th century Russian society — especially amongst the aristocracy where scandal and promiscuity was, if not applauded behind closed doors, was perhaps tolerated, but hypocritically ridiculed if it was publicised and someone owned their actions — which could only have lead to social suicide, thus isolation from society.

The character of Count Vronsky could represent danger: the unattainable, the forbidden, the taboo, where many refuse to tread, instead opting for a safer road. The character of Vronsky, the dashing Count who is also a military officer, could definitely give literary male rebels like Heathcliff and Mr Darcy a run for their money with his horse riding prowess, his overall brilliance, his sex appeal, his male bravado, his charm, his complex characteristics and unorthodox ways. He definitely adds that extra spice to this story — although he is his own enemy.

What an impossible situation women like Anna found themselves in! Anna is the victim of society but she is also a brave heroine. She risks everything to cling onto a relationship at the expense of her child. The inner desires — the desperate search for intellectual and sexual freedom was what many women aspired to strive for in life — to truly live — yet when religion and politics co-exist, the conflict that such hopes create only lead to a woman’s impossible and painful reality. Tolstoy presents the facts as they were — that complete freedom cannot occur — especially when there are obligations — and family ties such as children, as well as moral and spiritual considerations.

Tolstoy uses many analogies and clever symbolisms to reveal many messages. I feel that Tolstoy himself was searching for answers in life through the awkward character of Levin who is one of the most complex characters. His existential and philosophical thinking presents many new ideas, beliefs, confusion, uncertainty, despair, and spiritual and intellectual enlightenment. Such insights also highlight that a person’s beliefs and thus their actions in life can lead to their empowerment or their downfall.

Overall, I was enthralled, captivated, angered, provoked, and deeply affected by this “very” long story which deals with many topics and notions through the plight of the many characters; their beliefs, their purpose or lack of purpose, and their individual stories formed a complete picture and revealed a glimpse of Russia at the time. The economic and political climate played a great role in this story, as did religion. The agricultural aspect via the peasants, the land and the land owners, may have been way too detailed at times, and I found myself praying that the pages describing each farming procedure were nearing an end — only to realise that there were more. This took me away from the plot, but I feel that the author may have felt that the reader needed to appreciate the intricacies to really capture the mood and climate of rural Russia at the time. This also applies to the political aspects.

Another thing that I feel I need to mention is that there were so many POVs. I for one don’t mind seeing things from different points of view, and this novel is an example of how this could really work. However, I thought it was too much when the reader even sees life, for a brief few minutes, from the dog’s point of view.

I can’t talk about this book without talking about the passion and romance. The chemistry and passion was, at times, pleasantly overwhelming that I could not wait to see how the love between Anna and a certain charismatic individual evolved. (I won’t mention much incase I spoil it for some) It was a desperate love but they were desperate times, for women especially — the struggle Anna faced in her unorthodox extramarital relationship; to hold onto it for dear life, represents the struggle women faced in the wider world — their lack of options.

Anna’s need to also keep herself occupied, and learn and read as much as she can to understand many projects, may also symbolise how women wanted to be included in political, intellectual, as well as everyday decisions which also impacted them, and in having a vocation of her own. I felt the male characters such as Stiva and Vronsky were extremely selfish because they were, of course, able to come and go as they pleased while creating scandals, and seemed to be forgiven by society — whereas Anna was so isolated for the same behaviour. Flashes of the children’s fairy tale Rapunzel came to my mind during many such scenes.

I also have to mention the dialogue and the human emotions — how realistic and complex they were. Tolstoy was brave to present such conflicting and contradictory emotions as many writers are told that it could confuse the reader — but many of us know that some of our emotions are so tangled and messy. Tolstoy takes it to a new level — he makes the characters think or say things many would be embarrassed to admit, or be unable to articulate. He delves so deep into these realistic, flawed personalities — I’m sure that’s why many readers become so invested in the story for each character. Whether the characters are female or male — the thoughts are so vulnerable and exposed, that they are so raw, chaotic, thus authentic. I felt so much joy, love, pain and so much misery through them.

Without giving away the cataclysmic scene that occurs towards the end, I think it might state that although women are not free in life, men and women co-exist together and so a woman’s suffering does not mean that the man is free from her pain — just like the emphasis on the economy and finding solutions to help the peasants as well as the landowners is addressed — that a fairer system should be in place as one may affect the other. This is also evident when the female characters give birth — the pain is also felt emotionally and physically by their partners, of course, not to the extent that the women feel it (far from it).

I really don’t know how long it took Tolstoy to write such lengthy novels, especially without today’s technology. Although this is a challenging read due to the length, and the fact that there are many Russian names which are very similar, and there is great detail on topics such as politics, agriculture, the economy, and religion, it is so worth reading for the exceptional mind of the author, the riveting plot, the beautiful and poetic descriptions, and deep insights regarding life, love, and family, and not to mention, I too can proudly say that I have read “Anna Karenina”. As a reader, I’m so glad that I was part of this poignant, rewarding, philosophical and painfully romantic literary masterpiece — it was definitely an experience.