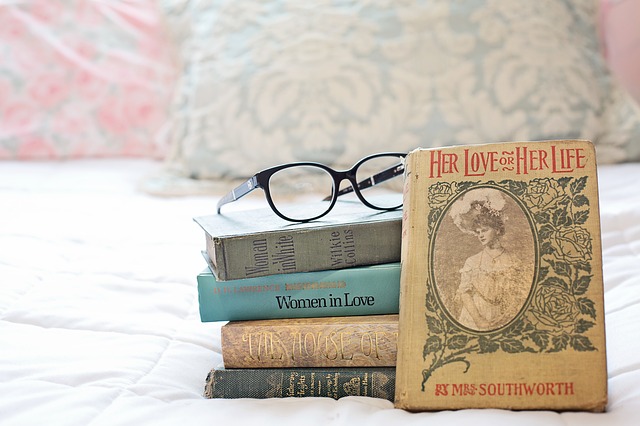 “A woman must have money and a room of her own if she is to write fiction.” ― Virginia Woolf, A Room of One’s Own

A Room of One’s Own — Virginia Woolf

This book is an extended essay that Virginia Woolf wrote based on a series of lectures that the author delivered at two colleges at the time, dealing with the topic of “Women and Fiction”. The author immediately sets the tone of the essay by stating that to write any form of good literature, one needs a room and a certain amount of money.

From the onset, the author’s writing drew me in. It gave me a clear indication regarding where the author’s mind was at, and that her mind was one that was willing to weigh and consider all arguments and ideas fairly and honestly. The ideas are presented through a fictional voice even if they are the author’s ideas. From the famous quote mentioned above, we get a sense of desperation which can be found behind a writer’s pen or keyboard. A writer does need complete freedom, space and solitude to be able to delve deep into the abyss of his or her mind in the hope of finding something. An author needs to use all his or her faculties of the mind. I can relate immensely as a writer, and especially as a female writer, even today where women do not have the restrictions they shockingly had back then. As the author says, a woman seems to always be interrupted for something or other. Of course, these days, this can apply to males and females as roles are often shared.

The author goes back to the days of Jane Austen, and the days of the Bronte sisters, as well as George Eliot, who of course, used a male pseudonym to be treated with more respect as an author. The author also touches on Shakespeare and his sister, which was a different era altogether. We would think that times have changed in the modern era, but I don’t think they have completely changed when female writers, even today, use their initials instead of their full name to appeal to male readers.

Virginia Woolf’s thoughts are so insightful and her analogies are extremely sharp and articulate. For example, she goes on to compare the separation of the female and male part of our brain, and compares the unity of both to a couple sitting together in a car. She observes how nicely they blend; how unified and strong they seem when they complement each other. She delves deep into this idea, of the androgynous thinking writer compared to the “all female” and “all male” type of writer. Of course, this is done with beautiful sentences, deep introspective thinking, and inductive and perhaps deductive type of reasoning, until the author reaches some type of conclusion.

The essay/writing is held together and flows like a gentle summer breeze, laced with the idea that time, space, and money are essential to be able to write. Many successful male writers, in eras such as the Georgian and Victorian eras, had all the time and encouragement, and often the money to pursue their creative interests unfettered. They also had an education and were greatly encouraged to excel in their chosen creative field, while women where ridiculed for even having the idea in their mind that they want to paint or write. Woolf highlights this injustice and emphasises how many such as Jane Austen had to hide their writing in a shared drawing room, while they pretended to do other mundane, gender-assigned “female’ tasks such as needle pointing. I was astounded to learn that Jane Austen had to hide her work, and that many female writers were ostracised from society for embarking on a writing career. Male writers were applauded however, and here lies the injustice. Woolf emphasises that there would be many more female writers who, not only would write about relationships and romance, but of other things if they were allowed to explore the world and were given the same opportunities as men.

All the issues she raises really enlightened me about the topic, Women and Fiction, and it did make me think about many of the female writers of the time. It makes one wonder if a novel written by a female, no matter how good it was, would ever be considered “the best novel ever written” — which reminds me to mention another point raised in the essay, that such labels go against creativity — after all, isn’t reading subjective?

Overall, even if this book sounds like a feminist rant, it is far from that. Virginia presents the facts as they were and she does not put down the male writers who were masters of their craft; she simply draws attention and shines the light on the topic she obviously really struggled to answer without including all the obstacles women writers were faced with; how male writers were treated like Gods while female writers were shunned, despite the fact that many great male writers not only had advantages like a room and money, but they had female partners or sisters or mothers helping them along the way — encouraging them. It led me to think, would many works from literature written by male writers have even been written if those male authors were treated like they had the scarlet letter on them, just for attempting to write? After all, wasn’t Tolstoy’s “Anna Karenina” which has been described as the “best book ever written” transcribed by hand by the author’s wife? Let’s not forget that it has been said that she transcribed “War and Peace” word for word — while sick, and bore thirteen children along the way.

Overall, this was such a thought-provoking, beautiful, and philosophical piece of writing. It left me feeling angered and saddened, but also enlightened. I commend the author for her brilliance and her boldness. I intend to read more from the extremely perceptive Virginian Woolf.