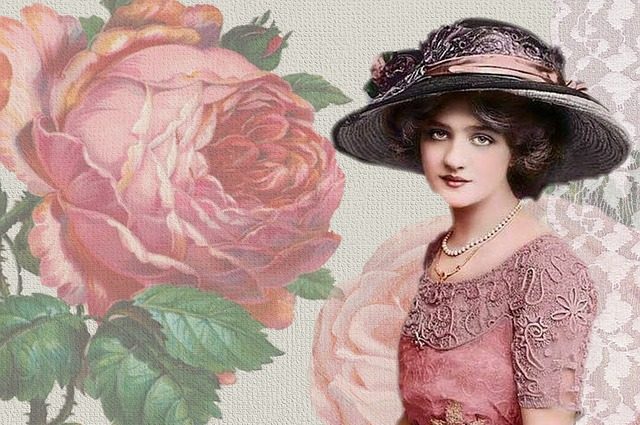 “Don’t you ever mind,” she asked suddenly, “not being rich enough to buy all the books you want?” ― Edith Wharton, The House of Mirth

The House of Mirth — Edith Wharton

What an extravagant, poignant, and beautiful ride this has been! Reading this book has made me delve deep into the human psyche. The House of Mirth is a beautiful, evocative story set in the Gilded Age, where many of the author’s famous works are set. In this story, we see how desperate human beings who are part of this elite group can become, as they cling to it at the risk of their inner self — the real person. It is a society where only the fittest survive. Lily Bart is the female protagonist. She is unmarried, extremely beautiful, and has had many potential rich suitors, that can promise her an easy claim to this lavish and social group who have formed this world where the more money and connections one has, the better. Such elitist people are untouchable — they are considered to be “gold” in this group of New York socialites, even though they lead a faux, unfeeling existence, full of hypocrisy, and are in a constant state of pretending — playing a role.

But where does Lily Bart fit in all this? She has no claim to wealth, property, or any family that is of such high social or financial standing as the circle of friends she runs in. She has been brought up to rely on her beauty and has no skills. From the onset, the reader sees the distance between Lily Bart and the rest of the group. Her beauty is too much — it somehow makes her too unreachable, just as her goals seem to be — and we see the distance between her and the group, and the distance she casts within her self — by pretending that she doesn’t care when she does; when she cannot reconcile her values with the socio-economic plight of a woman in the society she finds herself in, and society’s solution to solve her financial woes — marrying into money. She builds a wall within herself, and that was not hard to do in such a society, where money is at the heart of friendship. I immediately sensed this need for security from Lily, and her resistance to solidify it when the opportunity presented itself. After all, how would a woman secure her wealth in such conditions as Lily’s without marriage to a man she didn’t really love but had enormous pockets of wealth? A man of social influence and standing in the most pretentious of societies.

Lawrence Selden, to some extent, is Lily’s moral conscience. In a perfect world, she would give in to this quietly rebellious, philosophical man who seems to feed more on his soul than on lavish gifts and money. However, he too seems to reflect a truth within Lily that she doesn’t even know herself — or doesn’t want to know. This frightens her, for at that time truth didn’t mix well with a society that said more when nothing was uttered, and where they pretended nothing was wrong, when everything was wrong.

This was such a thought-provoking, insightful, and beautiful read. Once again, Edith Wharton’s ability to tap into the deeper layers of the individual and the different types of personalities, astounded me. She was definitely a genius in portraying people at their strongest and at their weakest, in such a clever and witty way; an eerily ugly yet realistic way. The ugliness of the human spirit and the beauty of it is cleverly conveyed through poetic prose, clever dialogue, and a vast array of personalities.

It is amazing how she could make the reader feel so much for a protagonist like Lily Bart, who is a snob but has no money of her own, yet lives off her friends, attending one soiree after another, playing Bridge and having to rely on her rich friend’s husband to bail her our of her growing debt — yet despises the poorest of society, looking down at them as though they are no better than the rubbish in the bins. Yet despite all this, the reader can’t help but sympathise and rally around this pretentious Lily Bart. There were times that I became so protective of her, and other times I wanted to shake some sense into her, and to show her what a deeper mess she was digging herself into.

Lily’s despising the poor, amplified her inner fears and her inner loathing of herself and her circumstances. I felt that she could see herself in them, or the future she so desperately ran from. It was heartbreaking to see how a person with such potential could slowly become indebted and lose any self-worth they may have had. It was also disheartening to see how friendships were easily lost when one was faced with adversity.

Throughout the novel, the pages seeped with the isolation that such a society brings upon itself and the isolation that Lily Bart felt, even when she was always with her group of socialite friends. It was also an anxiety-provoking journey; to feel her financial despair — travelling through life without any solid plans — almost drifting without purpose. It seems that many of this elite group in those times — in the Gilded Age, were full of conversation, wealth, food, and mirth — but were completely lacking love, truth, and feeling. They were starved from what was real even if they had so much wealth — they were feeding their material lust and desires, yet starving their souls. It also seemed that mind games were the only forms of communication — as though every type of human interaction was like a game of Charades, where one had to guess what the other was thinking. But it was crucial that they didn’t give too much of themselves away as true feeling was scoffed.

Overall, The House of Mirth is another novel where each sentence welcomes deep soul-searching, and insight into how society was at this particular time. I haven’t shed so many tears when reading a novel as I did with this book. Lily Bart is a beautiful soul who has lost her way in a society where finding who you really are means nothing, and cannot compete with a world where social influence and having the finest dress-maker and the best of everything means everything. Finding a wealthy husband if a woman has no inheritance or wealth of her own in such a society means the world, even if it means losing one’s soul and one’s freedom.