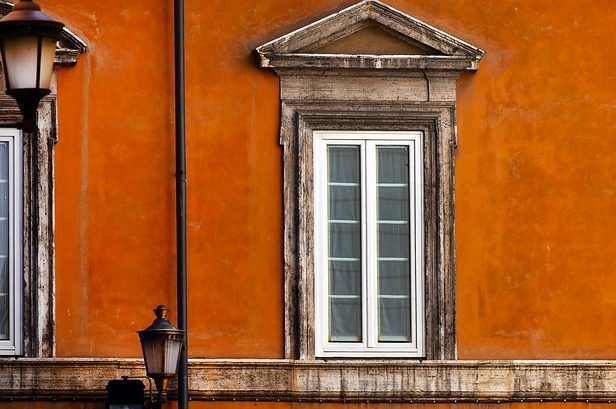 “One doesn’t come to Italy for niceness,” was the retort; “one comes for life. Buon giorno! Buon giorno!” ― E.M. Forster, A Room with a View

I was always curious about this book. The title is so well-known and I’ve heard the movie mentioned so many times. I wondered what was so special about this “room with a view”. I was pleasantly delighted when this room was introduced to me, literally and figuratively, in Florence Italy, where the protagonist, Lucy, along with her chaperone, her cousin Miss Charlotte Bartlett, holiday together. The reader, however, senses that Lucy would rather holiday by herself instead of with her uptight, judgemental and, at times, clueless cousin. Lucy is a free-spirit who has been told that she cannot be free and fly, by society and its expectations. She was taught how a lady should carry herself back in the day, in 1908, when the story was written. A lady must behave a certain way, and Charlotte makes sure she reminds her quietly rebellious cousin, Lucy, on numerous occasions.

In the beginning of the novel, Lucy clearly has no mind of her own. Her true self: her desires, her opinions, her values are repressed. The reader sees that she wants to be told how to respond or act by her cousin or the reverend, Mr Beebe. However, we also get a glimpse of Lucy’s “real self” — her rebellious nature, when we see that she also detests the company of those that have been instructed to guide her.

Miss Bartlett seems to not only be a constant reminder for Lucy in regards to what she “should” or “shouldn’t” do as a respectable woman amongst refined and proper society, but she seems to be a constant reminder to the reader as well; almost like a warning. It is as though her character warns the reader about what could happen if we don’t listen to our own instincts, and what happened to women at the time, when they instead followed oppressive expectations that were obviously placed to keep women in line.

The author depicts and taps into this attitude towards women so beautifully and masterfully. It appears that he actually really understood the plight of women during those times. We see Lucy evolving into a woman of her own choosing — one who begins to have confidence in following her own instincts, and a woman who no longer listens to advice from her cousin who suddenly appears as she truly is: a somewhat nuisance, someone who pathetically hangs on to society’s expectations to the point that she herself has no direction in her thinking, and becomes a walking mess as every thought or decision seems to have no clear or steady guidance. She becomes a walking disaster because she herself represents what a society of “oughts” can do to someone’s mind; how it can plague one’s mind with self-doubt and indecisiveness. Fortunately, towards the end we see this character also evolving and the truth about Charlotte Bartlett is revealed. We begin to see that perhaps she isn’t as clueless and pathetic — that she may see more than the reader expects her to see and know.

The room with a view is the room that Charlotte and Lucy stay in at the beginning of the novel in Florence. Two rather odd and unrefined but clever men, a father and son, insist that they should swap their rooms as they overhear that the women wanted a view, and that they themselves don’t mind these things. Miss Bartlett’s dedication to adhering to the rules of society is immediately witnessed in this scene — we ourselves get a view of how messed up she has become in her thinking and how she guides her younger cousin, Lucy to do the same. It’s as though the reader gets a “view” of how one’s life can become if the view isn’t one we choose for ourselves.

The father and son represent the freedom to follow our own instincts; that inner voice that knows what’s right for the individual. They seem to be rebels because they are not swayed by society’s repressive and unhealthy ways. They are the opposite of what Miss Bartlett stands for. When they insist that the women take the room with the view, it is almost like they are telling them to be themselves; like they are giving them permission to follow their hearts and see things for what they truly are, to liberate them from Edwardian society’s restrictions.

As a reader, I thoroughly enjoyed seeing Lucy grow and felt her irritation as she began to realise how foolish everyone was when she begins to really look at them. It was as though she had uncovered a secret — that no-one really knows what the rules are in life, and one set of rules cannot be for everyone. Everyone plays a role in life — and they begin to lose their credibility in playing that role because they were not made for the part — it is too difficult to maintain it because the expectations are too high and repressive to the human spirit.

Overall, this novel was such a delightful read. Even if it didn’t happen from the onset, I began to slowly feel that I wanted to get to know the characters and see where they were heading. The author really tapped into what it was like to be a woman with oppressive restrictions placed upon her. I also relate to the theme of “being true to yourself” and not listening to the “shoulds” and “musts” and following our instincts and values, both as a writer and as one who has studied psychology and counselling. Forster understood the danger of giving your mind to someone else to mould; the danger in creating a world of “Miss Bartletts” running around spreading neuroticism to anyone left in their care. The actual room with the view is like a microcosm of society at large. We begin to understand that there are those who would rather watch the view from inside and those who would rather be outside — those who are young and free at heart, and who want to truly feel life as opposed to pretending to feel it. This is very clear in a scene with Lucy and her fiancé, in the middle of the novel, where there is a comparison of the two characters. Her fiancé is compared to a room, and she to nature and the outside.

Although I found the ending slightly abrupt, as I felt I would have liked to see more of what unfolded and how it unfolded, I then realised that perhaps that story would not belong in this novel. It was perhaps more emphatic to leave things as they were.

Art and nature played a great part in this novel and the author cleverly uses images from nature and art to depict society, and to make a point, and to even show a turning point in the novel. The red book being caressed by the sunlight is an example of this clever use of imagery. It perhaps symbolises that Lucy is changing and will be more true to her own desires — to become aware and feel and see the light perhaps.

Overall, it was an entertaining and lovely reading experience. The writing was rich in metaphors and symbolisms and I appreciate the author’s ability to see the realness in people and his respect for not only women, but the individual. He was obviously a man who believed in equality for both women and men. He gives characters wings to be themselves and a “view” of who they can evolve into; an awareness that if they allow themselves to truly feel, they can finally be free and live a life that’s true and pure in spirit.